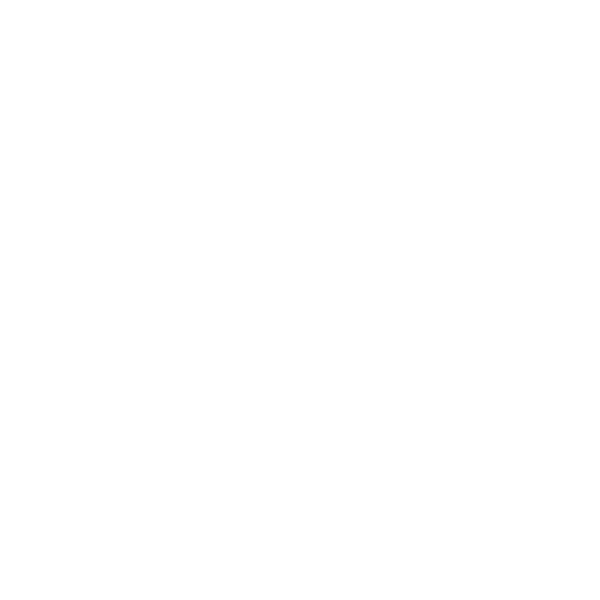 I am in a lucky position, I don’t have to worry about not being able to refill my cupboards with food. But that doesn’t mean that buying food regularly isn’t a challenge. I’m doing everything I can not to leave the flat and that includes going out to buy supplies. So we have to try and judge our food deliveries carefully. As we approach the end of a food delivery cycle, some of our dishes have to get “creative”.

This week we had some minced beef, an aubergine and some potatoes left. So I thought I would attempt to make a sort of Moussaka. I have a well-stocked drawer with what seems like random spices and herbs, so I had a dig to pull out things that felt like it would go in a Moussaka.

A cinnamon stick, some bay leaves, oregano, rosemary, ground cumin and barberries later, I felt up for the task. Side note, I have no idea where the barberries came from, but they looked interesting!

So I set to making a tinned tomato-based sauce with minced beef, onions and garlic. Fried up some aubergine slices and prepared some potato slices as well. Then I started to layer them in a ceramic dish, sort of like a lasagne. 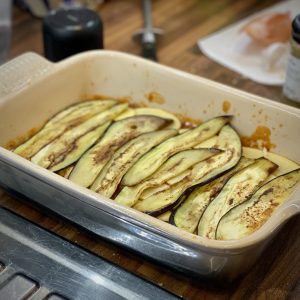 I asked the boyfriend to make his cow’s milk-free white sauce (it’s a little unconventional, but absolutely delicious) and used it to top the Moussaka. 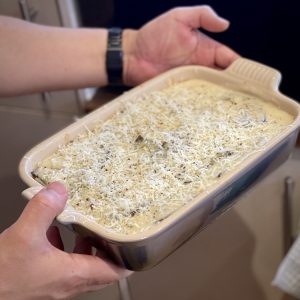 Yes, that is a dusting of pecorino cheese (it’s made from sheep’s milk, so my cow’s milk allergy boyfriend is fine!). And yes, that is the boyfriend, beautifully posing with said moussaka.

Finally, after 40mins in the oven, it was ready! 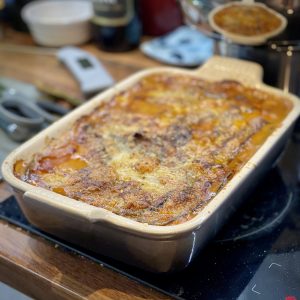 It was delicious, but next time I need to add more flavours and possibly some heat (chilli?). Also, if you have a second aubergine then I would recommend using it as well.